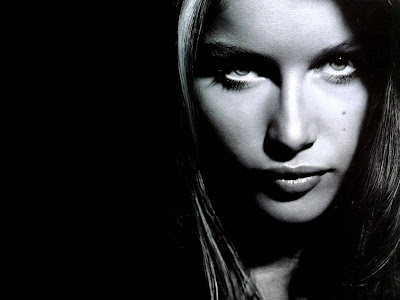 
The CARNAGE of
Enviro-Maniac-Basterds
is converting the
professional labour force
of the Green Space Industry
into a group of mere
Cotton-Pickers !


Overview From An Independent Perspective


Government Officials, the Green Space Industry, and the public were assured by Enviro–Maniac–Activists that so–called safe and effective Green Alternatives were already available to replace conventional pest control products. [ Wrong ! ]

The Green Alternatives are BOGUS, LESS EFFECTIVE, and STUNNINGLY EXPENSIVE !

VIRTUALLY ALL Green Alternatives are BOGUS, and have negatives ranging from almost TOTAL INEFFECTIVENESS except under very specific circumstances, to a question about their TOXICITY.

There are NO valid alternatives to conventional pest control products !

Without the use of conventional pest control products, many jurisdictions have had to resort to the back–breaking and agonizing job of WEED PULLING BY HAND !

Municipalities CANNOT afford the high cost manual labour required for weed pulling. Consequently, Government Officials enlist the help of resident VOLUNTEERS, most of whom are elderly and unemployed.

In cities like Lawrence, Kansas, Government Officials are now reverting back to conventional pest control since residents are no longer interested to volunteer their time in a losing battle against weeds.

NOT A SINGLE Environmental–Maniac–Activist has ANY recognized expertise, training or background in matters concerning pest control products or the management of Green Spaces !

The opinions of Enviro–Maniac–Activists in matters concerning turf management and weed control are VALUELESS and WORTHLESS.

The CARNAGE of Enviro–Maniac–Basterds is converting the professional labour force of the Green Space Industry into a group of mere Cotton–Pickers !


On June 7 [ 2005 ], in response to pressure from environmental [ terror ] activists, the city commissioners of Lawrence, Kansas, voted unanimously to designate Watson Park as « pesticide–free ». The seven–acre park adjacent to the downtown was part of the original town of Lawrence.

Watson Park will be a TEST CASE so that the community can see the results of a pesticide–free maintenance program.

Fred DeVictor, director of Parks and Recreation, said his department would also use the park to find out how much pesticide–free management will actually cost the city.

Although the parks and recreation department showed it spends less than 10,000 DOLLARS a year for pesticides, activists had lobbied the city's commissioners to convert all of the city's 52 parks to PESTICIDE–FREE MAINTENANCE by 2009.

In a May 11 [ 2005 ] memo to the City Manager giving details of the budget requirements for a proposed pesticide–free maintenance program, Mark Hecker, Park & Maintenance Superintendent wrote :

« Most of our professional staff, and most of the horticultural industry, do not believe this is the most cost effective way to manage a park system. If requested, we could provide testimony from industry experts, articles and quotes from trade publications and research done by universities and professional organizations that would detail the proper and safe use of pesticides as a management tool. We have concerns that our inability to use pesticides may reduce the quality of our parks and could threaten the long–term health of the City's parks, trees, shrubs and flowers. »

After discussion, it was decided to designate a « signature » pesticide–free park and eventually compare the results to the city's other parks.

During this time, the department experimented with non–pesticide products to manage weeds, insects, and fungi in the park, as well as DEVELOP A VOLUNTEER NETWORK to help manage the space. Volunteers assisted with the park by weeding the flower and shrub beds.

[ Government officials reverted back to conventional pest control since residents are no longer interested to volunteer their time in a losing battle against weeds. ]

In Lawrence, Kansas, park labour hours INCREASED by thirty–per–cent AFTER THE INTRODUCTION of the so–called « Pesticide Reduction Plan ».


The Carnage Caused by the Depraved Indifference of Environmental Terror Activists !


√ FACT : Overall, the idea that pest control products are causing irreversible health and environmental problems is little more than NONSENSE.

● WARNING : All this Enviro–Maniac prohibition misery accomplishes nothing. It is NEEDLESS HYSTERIA.

√ FACT : All this prohibition misery DOES accomplish something after all. It makes the Environmental–Terror–Organizations RICH !

● WARNING : The goal of the Environmental–Terror–Movement is a transfer of wealth to its GREEDY and AVARICIOUS organization. In other words, Enviro–Maniacs WANT TO BE RICH !

● WARNING : There will be NO END to the NEEDLESS HYSTERIA, FEAR, and TERROR from the cravings of a POWER–HUNGRY, UNSCRUPULOUS, DEPRAVED–ENVIRO–MANIAC–INTELLIGENTSIA that seek to ANNIHILATE the entire Modern Green Space Industry because of NEEDLESS, SENSELESS, and MALICIOUS prohibitionist policies leading to LOSS OF REVENUES, BUSINESS FAILURES, BANKRUPTCY, and UNEMPLOYMENT, inflicting TERROR, DESPAIR, and DESTITUTION on THOUSANDS of hapless victims throughout the Green Space Industry.

√ FACT : Conventional pest control products are SCIENTIFICALLY SAFE ! Overall, when they are used properly, there are NO harmful irreversible effects to health and the environment !

● WARNING : The CARNAGE of Enviro–Terror has been HORRENDOUS.


The CARNAGE of prohibition
in municipalities across Canada is
OVER 30 MILLION DOLLARS,
thanks to Environmental–Terrorism !


The Horrendous Cost to Canadian Municipalities ...

√ MUNICIPAL ENVIRO–TERROR FACT : Because of the prohibition imposed in many jurisdictions, green spaces LOOK LIKE GARBAGE DUMPS !

√ MUNICIPAL ENVIRO–TERROR FACT : The CARNAGE of implementing and enforcing prohibition is costing at least 200,000 DOLLARS for EACH average municipality !

√ MUNICIPAL ENVIRO–TERROR FACT : So far, the CARNAGE of PROHIBITION–ENVIRO–TYRANNY across Canada has cost the public well over 30,000,000 DOLLARS.


The CARNAGE of Environmental–Terrorism
has been HORRENDOUS


Force Of Nature presents THE WHOLE TRUTH FROM AN INDEPENDENT PERSPECTIVE from National Organization Responding Against Huje that seek to harm the Green Space Industry (NORAHG). It is a series of e–newsletters destined for the Green Space Industry, the Environmental Terror Movement, Governments, and the Media, nationwide across Canada, the United States, and overseas. The information presented in Force Of Nature has been developed for the education and entertainment of the reader by providing a sequence of historical events WITH COMMENTARY.