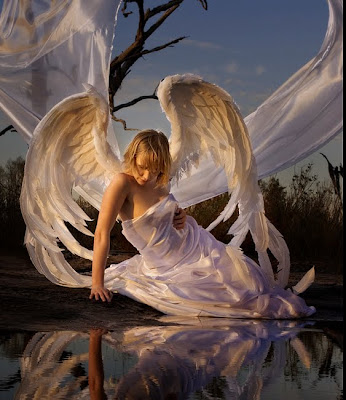 
VICTORY AGAINST THE TERRORISTS !


KELOWNA is a city located in THE INTERIOR REGION of BRITISH COLUMBIA, CANADA, and ranks as the 22nd largest metropolitan area in CANADA.

Its name derives from a native term for « grizzly bear ».

Nearby communities include WEST KELOWNA to the west across Okanagan Lake, LAKE COUNTRY, and then VERNON to the north, as well as PEACHLAND to the southwest and, further to the south, SUMMERLAND and PENTICTON.

FATHER CHARLES M. PANDOSY, a French Roman Catholic Oblate missionary, arriving in 1859 was the first European to settle at KELOWNA. KELOWNA was incorporated in 1905.

In the science fiction television series STARGATE SG–1, the character JONAS QUINN hails from the NATION OF KELOWNA on the planet LANGARA. STARGATE shows are produced in VANCOUVER, BRITISH COLUMBIA.

That’s what KELOWNA Council will ask the province to consider putting into legislation.

Council suggests the province only allow homeowners to use an exclusive list of products, which are deemed « least toxic ».

And they say licensed applicators should be allowed to use whatever product they choose.

But [ Enviro–Maniac ] City Councillor ANGELA REID wanted to restrict all users ― licensed or not ― to use only the « LEAST TOXIC » cosmetic pesticides :

<< What we get at the end likely will be a « watered–down » version of our recommendation. So, I’d like to push as hard as possible. >>

<< I’m not entirely convinced that in all cases all the licensed applicators carry out the licenses as well as they should. >>

THE THREE CITY COUNCILLORS WERE DEFEATED BY A 5–3 VOTE.


KELOWNA is a city located in THE INTERIOR REGION of BRITISH COLUMBIA, CANADA, and ranks as the 22nd largest metropolitan area in CANADA. Its name derives from a native term for « grizzly bear ».

The CITY OF KELOWNA is infested with Enviro–Maniac–Activists.

Several Elected Officials and Civil Servants have attempted to convert the Kelowna into an Instrument of Prohibition and Environmental–Terror and Enviro–Profit !

The goal of the Enviro–Maniac–Activists is a transfer of PROFIT to their Environmental–Terror–Organizations and themselves.

In other words, the maniacs WANT TO BE RICH MILLIONAIRES !

Another goal of the Enviro–Maniac–Activists is the forfeiture of social power to the Environmental–Terror–Movement.

In other words, the maniacs WANT POLITICAL POWER !

The CITY OF KELOWNA has afforded maniacs with both the opportunities for Enviro–Power and Enviro–Profit !

GREEDY and AVARICIOUS Enviro–Maniac–Government–Officials have used the CITY OF KELOWNA to attract MORE MEMBERS, MORE DONATIONS, and MORE PROFIT to their Terrorist Organizations.

They have done so by SCAMMING THE PUBLIC WITH THE CONCOCTION OF FRAUDULENT LIES AND NON–EXISTENT DANGER CONCERNONG CONVENTIONAL PEST CONTROL PRODUCTS.

Homeowners in KELOWNA were COERCED into accepting the prohibition of FEDERALLY LEGAL, SCIENTIFICALLY SAFE, and TOTALLY IRREPLACEABLE pest control products. Beginning in 2009, the CITY OF KELOWNA regulated the use of pest control products that were ARBITRARILY deemed as « non–essential ».

This included the maintenance of outdoor flowers, lawns, trees, shrubs, and other ornamental plants, as well as hard surfaces such as driveways.

The PROFESSIONAL LAWN CARE and GOLF INDUSTRIES were EXCEPTED from the prohibition, FOR NOW !

The Enviro–Maniac–Activists within the CITY OF KELOWNA have been UNSCRUPULOUS and INDISCREET in their BLANTANT ENDORSEMENTS of so–called Green Alternatives found in retail stores.

It is a fact that VIRTUALLY ALL Green Alternatives are BOGUS, and have negatives ranging from almost TOTAL INEFFECTIVENESS except under very specific circumstances, to a question about their TOXICITY. Many of these BOGUS Green Alternatives are SOLD–FOR–PROFIT by the Environmental–Terror–Organizations themselves.

The Enviro–Maniac–Councillors of the CITY OF KELOWNA have EVEN ADVERTISED books SOLD–FOR–PROFIT by their Enviro–Colleagues.

Additionally, the Enviro–Maniac–Councillors of the CITY OF KELOWNA SQUANDERED the TAX–PAYERS’ MONEY and actually PAID–FOR–PROFIT their Enviro–Colleagues for the services of « hired guns » to help them impose their NEEDLESS, SENSELESS, and MALICIOUS LIFE–STYLE CHOICES, that include the homeowner prohibition of pest control products.

The services of the following GREEDY and AVARICIOUS Enviro–Terror–Organizations were retained by KELOWNA : CANADIAN CANCER SOCIETY, CANADIAN ASSOCIATION OF PHYSICIANS FOR THE ENVIRONMENT, and LABOUR ENVIRONMENTAL ALLIANCE SOCIETY ( a.k.a. TOXIC FREE CANADA ).

The MOST PROMINENT Enviro–Maniac–Councillor in KELOWNA is ANGELA REID, with her known ties with the Environmental–Terror–Organization called GREEN PARTY.

Her activities with Radical Enviro–Terror places her in a severe conflict–of–interest with her role as a CITY COUNCILLOR. She is clearly placing the Terror–Policies of GREEN PARTY ahead of the CITY OF KELOWNA.

Overall, the opinions expressed by REID on these matters are VALUELESS and WORTHLESS.

In addition to GREEN PARTY, another Environmental–Terror–Organization that operates in the GREATER KELOWNA AREA is CANADIAN EARTHCARE, which is simply a little alternative–life–style club with Enviro–Maniacs that crave some fame, celebrity, money, and a bit of power.

CANADIAN EARTHCARE formerly had the cutesy title of C.O.M.A., an acronym for CITIZENS OPPOSED TO MALATHION APPLICATIONS.

Overall, the opinions originating from this little club of maniacs are VALUELESS and WORTHLESS.


A bit of a BATTLE OF THE SEXES around [ City of ] KELOWNA Council this week, as the members considered how to handle landscape medians on HIGHWAY 97.

Last year, WORKSAFE BC deemed their maintenance practices unsafe for workers, and civic staff is currently working on a new median design to address those concerns.

In the meantime, staff suggested getting a licensed applicator to spray herbicides to control the weeds ─ a move that would be permitted under the City’s COSMETIC PESTICIDE BYLAW.

<< I would not agree with the cosmetic use of herbicides on the medians. We tell the community that they can't do that – we're encouraging them to not. I agree with the Councillors that say we should be leaders in this. >>

But the male Council members DEFEATED them with a 5–3 vote.


Force Of Nature presents THE WHOLE TRUTH FROM AN INDEPENDENT PERSPECTIVE from National Organization Responding Against Huje that seek to harm the Green Space Industry (NORAHG). It is a series of reports destined for the Green Space Industry, the Environmental Terror Movement, Governments, and the Media, nationwide across Canada, the United States, and overseas. The information presented in Force Of Nature has been developed for the education and entertainment of the reader by providing a sequence of historical events WITH COMMENTARY. The neutrality of these reports might be disputed.

For more information regarding
MUNICIPAL VICTORIES AGAINST
ENVIRONMENTAL TERRORISM
in the Province of British Columbia,
and related Enviro–Maniac stories,
please go to the following links ...