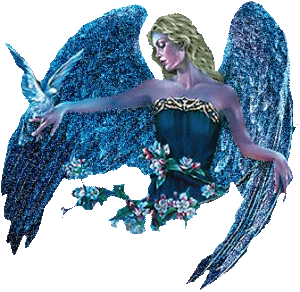 
VICTORY AGAINST THE TERRORISTS !


The terrorists have lost the battle in Vernon, British Columbia, but they still seek to annihilate the Green Space Industry with provincial prohibition !


VERNON is a city in the south–central region of BRITISH COLUMBIA, Canada. Named after FORBES GEORGE VERNON, a former Member of the Legislative Assembly of British Columbia who helped found the famed COLDSTREAM RANCH.

The CITY OF VERNON was incorporated on DECEMBER 30TH, 1892. VERNON has a population of almost 36,000, while its metropolitan region, GREATER VERNON, has a population of over 55,000. With this population, VERNON is the largest city in the NORTH OKANAGAN REGIONAL DISTRICT. A resident of VERNON is called a « VERNONITE ».

In 2005, on an episode of THE CBS EARLY SHOW, VERNON was ranked as one of the top six most desirable communities to retire to in NORTH AMERICA by CONSUMER REPORTS.


Ban on Residential Pesticide Use Scrapped


VERNON residents will still be able to use pesticides to control weeds on their own property.

On Monday, city council agreed to reduce cosmetic pesticide applications on its own land, but a proposed residential ban in 2012 was scrapped.

« It’s private property we were talking about there and we couldn’t enforce it » said Councillor MARY–JO O’KEEFE, who made the motion not to prohibit use in residential yards.

Similar views also came from the rest of O’KEEFE’s colleagues.

« How do you make people do this — hire the bylaw police ? » said Councillor JACK GILROY.

Mayor WAYNE LIPPERT insisted that having a bylaw that isn’t enforced would undermine the city’s credibility.

« There are too many loopholes for people to get through it » he said.

Council also decided to avoid a residential ban now because the provincial government is currently reviewing legislation on cosmetic pesticides.

« By then we’ll have a direction from the province and it will be easier for us to do » said O’KEEFE of enforcement.

As part of council’s decision, city staff has been instructed to develop a program that educates the public about cosmetic pesticide use.


WEED CONTROL AT LAKEVIEW PARK
NOW COSTS ABOUT $50 A YEAR,
BUT THAT COULD SOAR TO $9,000
BECAUSE OF PROHIBITION
OF PEST CONTROL PRODUCTS


Plans to restrict chemical applications on nuisance weeds are having a difficult time taking root.

VERNON council refused to endorse a cosmetic pesticide control bylaw Monday, and instead sent it back to staff so more information can be compiled.

« When I have to tell my neighbour he can’t spray on his own property, I have a problem with that » said Councillor JACK GILROY.

« There are people taking care of their yards and they’re immaculate and I can’t see telling them they will have to have dandelions. »

Under the draft bylaw, pesticides would be reduced for public lands either owned by the city or contracted by the city to maintain within Vernon.

It also calls for the residential component of the bylaw to be enacted in 2012.

« How can we enforce it on private land ? » said Mayor WAYNE LIPPERT.

« I’ve seen a soccer career end on a plantain ( weed ) at Marshall Field » he said.

There were also concerns that switching from chemicals to integrated pest management could be expensive.

« It’s a big amount » LIPPERT said of the price tag that could face taxpayers with parks.

However, the bylaw also has its supporters.

« If you are taking care of your lawn with watering, aeration and fertilizing, you can dramatically reduce your weed issue » said [ Enviro–Maniac ] Councillor BUFFY BAUMBROUGH, who questions the need for chemicals to control cosmetic weeds. [ Wrong ! ― Cultural practices will SUPPRESS weeds to a limited degree, and NOT CONTROL them ! ]

While he has concerns about the potential costs, Councillor PATRICK NICOL believes the bylaw is a positive move.

« A lot of people wanted this for the health reasons and a number of jurisdictions have gone this route » he said.

In her report to council, environmental planner BROOKE MARSHALL stated the draft bylaw is based on regulations in other jurisdictions.


Force Of Nature presents THE WHOLE TRUTH FROM AN INDEPENDENT PERSPECTIVE from National Organization Responding Against Huje that seek to harm the Green Space Industry (NORAHG). It is a series of reports destined for the Green Space Industry, the Environmental Terror Movement, Governments, and the Media, nationwide across Canada, the United States, and overseas. The information presented in Force Of Nature has been developed for the education and entertainment of the reader by providing a sequence of historical events WITH COMMENTARY. The neutrality of these reports might be disputed.

For more information regarding
MUNICIPAL VICTORIES AGAINST
ENVIRONMENTAL TERRORISM
in the Province of British Columbia,
and related Enviro–Maniac stories,
please go to the following links ...